During Women’s History Month, the University Gazette recognizes just a few of the University’s female faculty and staff who have made a difference on campus and beyond through leadership, research, teaching, public service and mentoring other women. Many are trailblazers in male-dominated fields, some achieving renown for their accomplishments and others getting the job done outside the spotlight. All play vital roles in Carolina’s history, as well as in achieving the University’s mission of teaching, learning and research.

Executive Assistant to Vice Chancellor for Finance and Operations 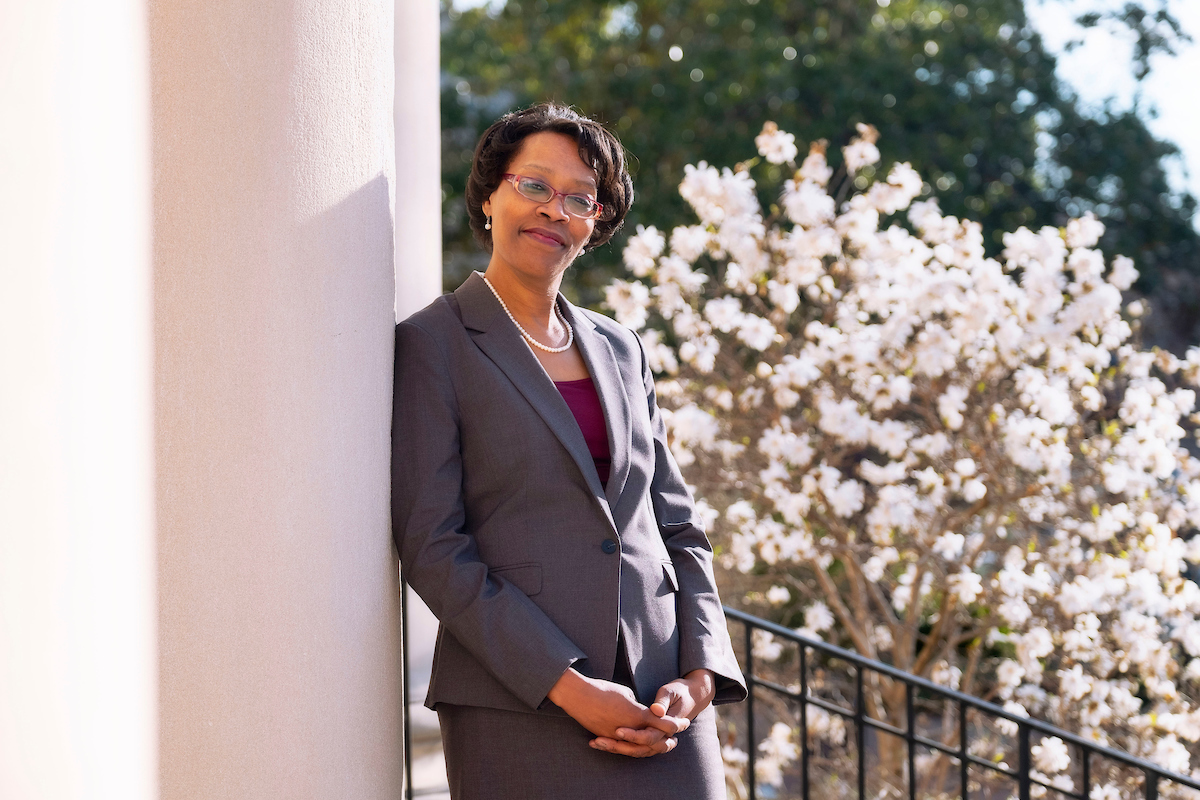 Growing up, Trevaughn Eubanks was a bookworm. Her transformation to an outgoing, positive personality began in the early 1980s when she attended Carolina’s Summer Bridge and Project Uplift programs, gaining a taste of college life as a high school senior.

Once an undergraduate here, Eubanks met Joyce Clayton, former assistant dean in Carolina’s General College. “In my eyes, Dean Clayton was an influential African-American woman who inspired and encouraged me,” Eubanks said. “I admired her and still do to this day.”

Clayton’s advice covered academics and life, but most important was her positivity. “I needed that positive influence,” Eubanks said.

Shortly after graduating in 1987, Eubanks began a series of jobs at the University, including administrative manager for the Stone Center when it became a free-standing black culture and history center. She helped plan the new building, which opened in 2004.

In 2008, Eubanks became executive assistant to the first of five vice chancellors. “I’ve learned a lot from each one,” she said. “They all said they love my energy and appreciate my institutional memory, and they’ve each given me greater responsibility. I value their confidence in me.”

She’s the central point of contact for the office, with job duties that include supervising five employees, managing the office’s day-to-day workflow and plenty of trouble-shooting. Eubanks welcomes challenges such as planning a recent workspace renovation. “I credit [former vice chancellor for finance and administration] Karol Gray, who said, ‘I want you to do more,’” she said.

By doing more, Eubanks became a mover and a shaker in advancing Carolina’s mission.

“I feel like I’m an ambassador for the University,” she said. “I feel it’s my duty to represent the University in the best light no matter where I go.”